A crossroads of fundamental importance that permitted Piedmont to communicate with the nations beyond the Alps, the Canavese has always been a place of passage and permanence of peoples and tribes, as well as the object of contention precisely because of its strategic location.

The area that, among other things, boasts 4 UNESCO sites: 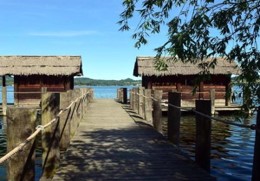 The Prehistoric Pile-Dwellings of the Alps of Viverone and Azeglio, in Canavese, on the outskirts of Turin, became a UNESCO World Heritage Site in 2011 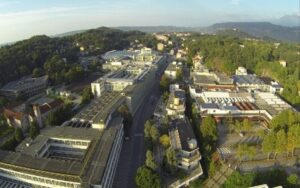 In 2018, UNESCO added Ivrea, a 20th century industrial city, to the World Heritage List. An innovative experience in the world’s industrial development that particularly took into account the welfare of local communities. 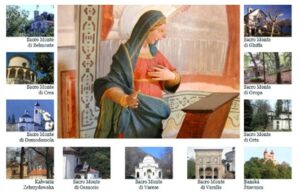 The Sacred Mountsconsist of prestigious architectural complexes that emerge on the tops of hills and are structured in a series of chapels with paintings and sculptures representing the story of Christ. They became a UNESCO World Heritage in 2003. 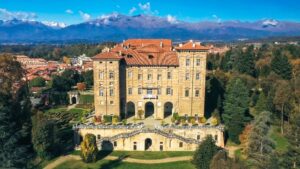 The Ducal Castle of Agliè is an elegant and imposing structure in the Province of Turin. Since 1997, it is part of the Canavese Castles route and a UNESCO “Savoy residences” site.

From the Serra to the Gran Paradiso and from Chivasso to the Vallée, vineyards have always been an integral part of this landscape, characterised by many castles; the enduring witnesses of Lords and feuds, an imposing local history.

Vineyards, whose cultivation near the Alps requires vigilant care, have benefitted from a love and passion for the land which has ancient roots. Since 1967, as a result of precise techniques, the Erbaluce and Nebbiolo grapes respectively, have been the basis of the Controlled Designation of Origin Erbaluce di Caluso or Caluso, whose production area also includes some municipalities in the Provinces of Biella and Vercelli, as well as the Carema, from the name of the municipality of the same name.
Finally, since 1996, Erbaluce, Nebbiolo, but also Barbera, Bonarda, Freisa, Neretto di San Giorgio and other local grapes have become part of the Canavese DOCG which, as in the case of the Caluso DOCG, also partially extends to the neighbouring Provinces of Biella and Vercelli.
The richness of the raw materials in this area, the art of pastry making (torcetti, nocciolini, biscotti della duchessa, canestrelli, paste di meliga and so on…) and a great tradition of hospitality, exalt and complete the enological palette of the Canavese area.

In 2010, the Erbaluce of Caluso was recognized as a DOCG.
Three types of wine (Erbaluce di Caluso, Spumante and Passito) are obtained from the white grape Erbaluce, whose name seems to derive from the legendary nymph Albaluce, demonstrating the notable enological potential of this grape.

From the noblest red grape of Piedmont, the Nebbiolo, perhaps named for the late harvesting time when the first fogs are already enveloping the rows of vines and blurring their contours, it is produced at the border with the Aosta Valley, in the unique and charming town Carema. It grows on terraces made of dry stone walls (tupiun) and stone pillars that capture the rays of the sun and release them to the vines; a genuine architectural pride for the people who have handed down the art of such construction and provide concrete proof of the sacrifice of cultivating in a harsh and difficult land.

With Caluso Passito, whose grapes dry out in attics (sulè) for a few months before being pressed so its flavour becomes concentrated over time, resulting in its fragrance being released with intensity in the goblet, Carema is among the flagships of local viticulture.

A Wealth of Natural Settings

From the plains to the Alps through small valleys, moraine hills and lakes, characterised by microclimates that have permitted the cultivation of grape vines since Roman times.